The 30th edition of the Scopigno Cup Rieti – Amatrice World Football Tournament Under 17 presented in Rome, at the FIGC and the winners of the Scopigno and Pulici Prizes unveiled

The 30th edition of the Scopigno Cup Rieti – Amatrice World Football Tournament Under 17 presented in Rome, at the FIGC

The winners of the Scopigno and Pulici Awards have been unveiled: among the winners: Berlusconi, Galliani, Pioli, Nicola, Immobile and Maignan

The 30th edition of the Scopigno Cup Rieti – Amatrice World Football Tournament Under 17, Memorial Manlio and Loris Scopigno (scheduled for 30-31 August and 1-2 September 2022) was presented this afternoon at the Sala Giunta of the FIGC in Rome.

The winners of the prestigious National Awards Manlio Scopigno and Felice Pulici have also been announced: awarded by a prestigious jury of journalists and professionals: the prizes will then be delivered to the elite of Serie A and B football, also in Rome, at the Hall of honors of CONI on 10 October.

Also present in Rome was the President of the FIGC Gabriele Gravina who brought his greetings and who will be present on August 30 in Amatrice to kick off the inaugural match: “The ‘Scopigno Cup’ is 30 years old, but it does not show them . The always young spirit and the continuous desire to innovate and improve, which is in the organisation’s DNA, give back to participants and enthusiasts a very demanding event from a competitive point of view and above all full of opportunities to promote culture and sociality. A winning formula which in this edition expands its physical boundaries, also involving Rome and Naples, but which keeps its beating heart in Rieti, with particular attention to the founding values ​​of sport: fair play and solidarity. In this sense, also the happy choice bringing the delegations of the visiting teams to the Holy Father will transform, I am sure, into a further possibility of human growth, even before sporting one. The winning mule that makes this tournament so long-lasting, in fact, is offering numerous Under 17 boys the opportunity to compete on and off the pitch and to mature as men even before as players. It was also very important to open the competition to women’s football which represents the sector with the greatest room for development, both in terms of players and involvement. An important step forward for our sporting culture, favored and supported by the FIGC which is investing a lot to bridge the gap that divides us from other European football movements “.

“We will try to celebrate the thirtieth anniversary with dignity for an event that has always seen the combination of sport, food and wine, tourism and culture – said the president of ASD Scopigno Cup Fabrizio Formichetti – on 31 August the staff and athletes will be received in audience at the Vatican by the Pope Francesco. This year the tournament will see all the matches broadcast in streaming and six locations where the matches will take place: Rome, Naples, Terni, Rieti, Amatrice and Cittareale. Also introduced a women’s tournament that will take place in Cittareale and will see on the pitch the teams from Ternana, Lazio and Rome. On the occasion of the 30th anniversary of the Scopigno Cup there will also be a photographic exhibition that traces the history of the tournament. Finally, there will also be space for the conference organized by the AIAC Lazio entitled ‘Football between codifications and principles ‘: I thank the presidents Lazio and Rieti, Roticiani and Valentini, for their presence in Rome today. Our tournament is also solidarity with the collaboration of the Associ Onlus action Alcli Giorgio E Silvia and the Casa Famiglia L’Arcobaleno (with a project in collaboration with CRAI Tirreno for the supply of basic necessities). We have also supported two guys from Amatrice since 2016: Martina and Claudio “.

Intervention in video conference Pippo Inzaghi, new coach of Reggina, honorary citizen of Rieti and testimonial of the Scopigno Cup: “What Scopigno gave me was a lot: it was among other things my first trophy as a coach: a competition that binds me to Rieti and which has seen the participation of many talents ”.

Gabriele Pulici underlined the pride that binds his family to the award dedicated to the best goalkeeper in Serie A and Serie B. Giancarlo Oddi also spoke, recalling Felice Pulici and Pino Wilson: “I knew them well and had the pleasure of play together. They were fraternal friends ”. This year in the tournament the award for the best defender named after Pino Wilson was established. Present today was his son James Wilson who recalled the figure of the goalkeeper: “It is a pleasure to link my father’s name to an award given to young people during such an important tournament”. Michelangelo Sulfaro also intervened, also a former Lazio goalkeeper and team no of Wilson, Pulici and Oddi.

“The tournament is important because it allows you to create an osmotic process between the territory and the athletes who showcase this event – said the deputy mayor of the municipality of Rieti Chiara Mestichelli – we are proud to host this event that promotes above all with fun , the fundamental values ​​of sport “.

“Having the tournament in Amatrice again – explained Luca Poli, councilor and majority group leader of the Municipality of Amatrice – gives the community the certainty that the organization still has our town in its heart. A further stimulus to be even more resilient through the sport: it allows us to cheer on the kids and their future “.

The journalist Greta Beccaglia, the subject of a case of harassment, who will be the godmother of the first female Scopigno Cup but also of the male one, was also connected: “I am honored to participate: a tournament full of values ​​and initiatives that for the first time it also extends to women’s football “. In this sense, ASD Scopigno from this year will also be linked to the Angelita Center in Rieti against violence against women.

“The Scopigno Cup, this year in its 30th edition, has become one of the most popular sporting events in Upper Lazio – underlined Roberto Gabrielli, head of the Lazio and Abruzzo Regional Directorate of Intesa Sanpaolo. For the fifth consecutive year we have chosen to support this wonderful initiative whose values ​​we fully share: enhancement of young talents, dissemination of sporting values ​​and support for the development of the territories “. 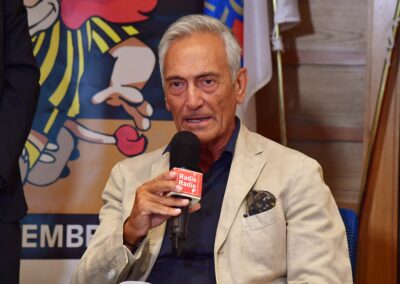 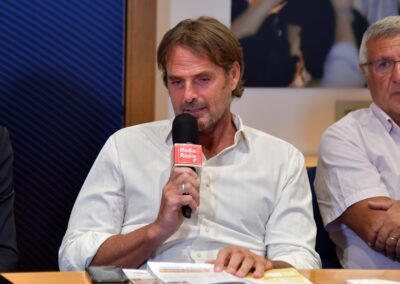 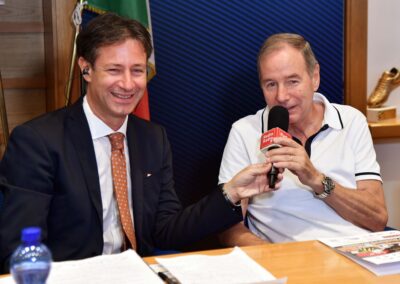 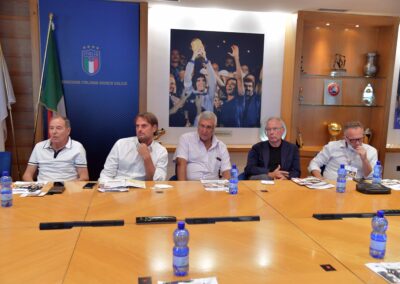 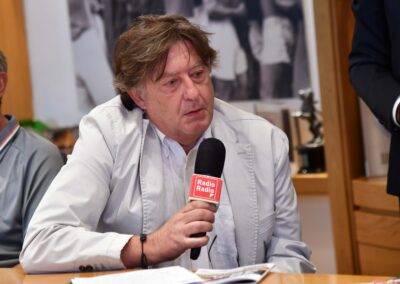 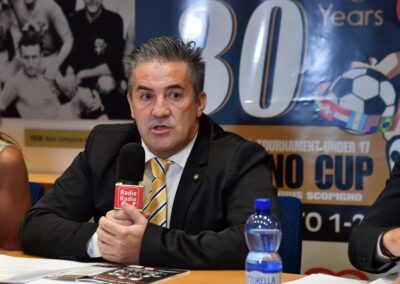 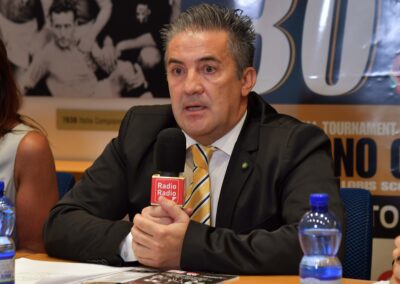 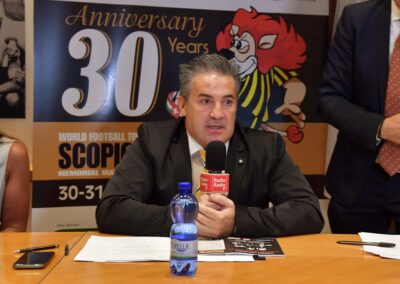 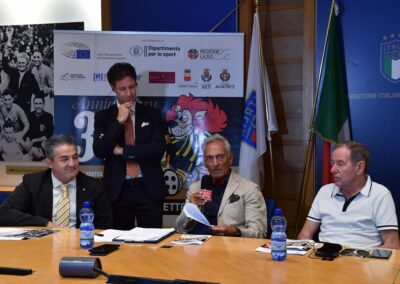 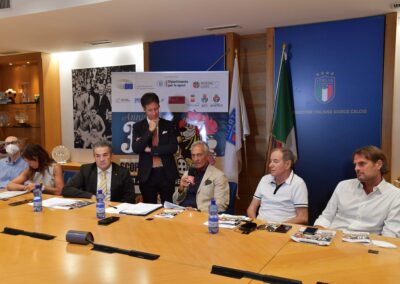 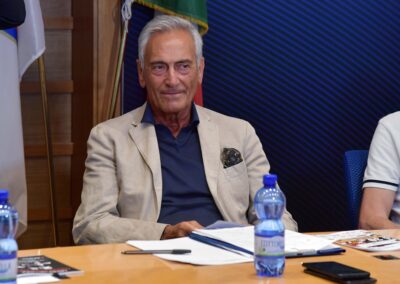 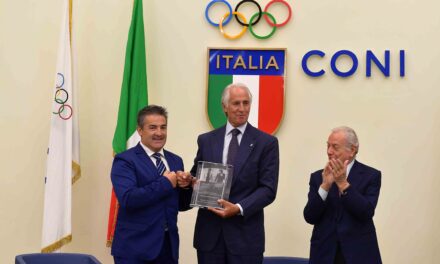