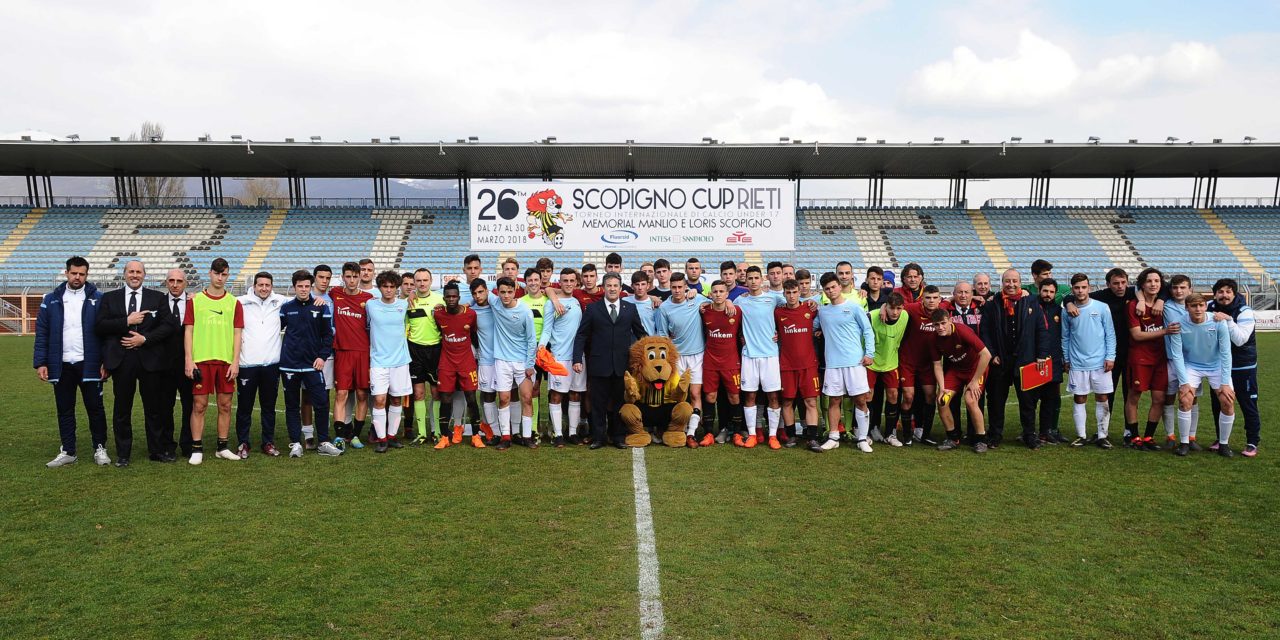 Preparations continue for the organization of the 27th edition of the “Scopigno Cup”, the World Football Tournament Under 17, which this year will take place from 16 to 19 April in the city of Rieti and Amatrice and beyond.

2019 EDITION — In addition, the “Scopigno Cup” will return after a break due to the earthquake to dispute even Amatrice at the field “Tilesi” Amatrice will be home to a qualifying round and where on April 16 is scheduled for the match inaugural tournament with full live on Rai Sport. The same cameras of the national sports channel will also broadcast the final of the tournament scheduled in Rieti on April 19 at the “Manlio Scopigno” stadium. Remaining in terms of confirmations, the Asd Scopigno Cup makes known that it has renewed, even for the 2019 edition, the technical sponsorship with the well-known EYE brand, an emerging Sardinian sportswear company booming in Italy and Europe.

FORMICHETTI — <We are trying to set up an event that is worthy of its tradition – declared Patron Formichetti – despite the difficulties of an economic and logistical nature. We are nevertheless organizing an international event in such a way as to give more prominence to an important youth event that for the past twenty-seven years has given the name of Rieti and its splendid province around the world>. Waiting to know the complete lot of the twelve teams participating in the 2019 edition, there are already the official presences of four major Serie A companies such as Rome, Lazio, Cagliari, Frosinone, Malmoe, Lokomotiv etc. .

EVENTS — As usual, the Asd Scopigno Cup is organizing a series of side events at the tournament, all based on solidarity, culture and tourism through the discovery of the most pleasant places of the City and Province of Rieti and their respective locations. rounds of the event. In this regard, the organization is keen to thank the Istituto Magistrale reatino “Elena Principessa di Napoli” and its Scholastic Director Professor Geraldina Volpe for the effective collaboration in organizing the event, thanks to the project of alternating school-work ratified just with the “Scopigno Cup” starting this school year. 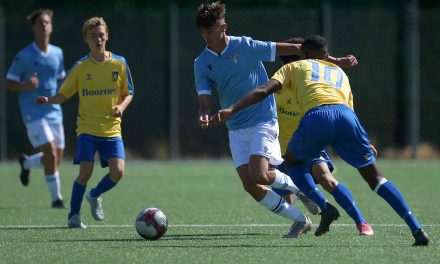 29 ^ Scopigno Cup: tomorrow in Amatrice at 3.15 pm the final of the tournament live on Rai Sport (Canale 58) Inter and Rome will play the trophy; Lazio and Domzale (Slovenia) the third and fourth place 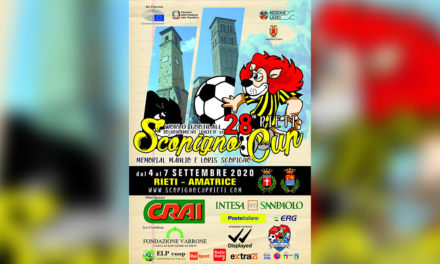