Frosinone: the “Scopigno Cup” is coming

The 28th edition of the Scopigno Cup – Amatrice World Football Tournament Under 17, also known as Memorial Manlio and Loris Scopigno, will take place between Amatrice and Rieti from 7 to 10 April 2020.

A qualifying round of the competition will also take place in Frosinone, with the collaboration of Frosinone Calcio and Coop Elp and Gal Terre di Argil.

This edition of the tournament will see the return of the former World Champions of Palmeiras (Brazil), Dinamo Kiev (Ukraine), Malmoe (Sweden) and Domzale (Slovenia), who in addition to S.S. Lazio and A.S. Rome will compete for the coveted trophy.

“The Scopigno Cup is a unique event of its kind – says President Fabrizio Formichetti – which includes sport, solidarity, culture and tourism. It is no coincidence that this edition will also host a gala evening dedicated to solidarity in favor of Alcli Giorgio and Silvia for the fight against childhood cancers and leukemias, an international exhibition of Art and Painting in favor of the orphaned children of Amatrice, in addition to the guided tours that all teams will carry out in the most pleasant places in the cities and provinces of Rieti, Frosinone and Rome “. 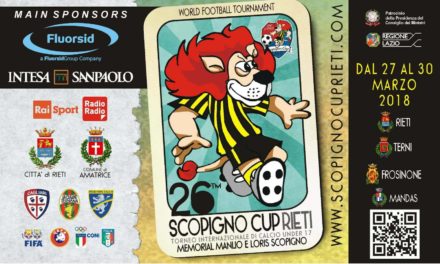 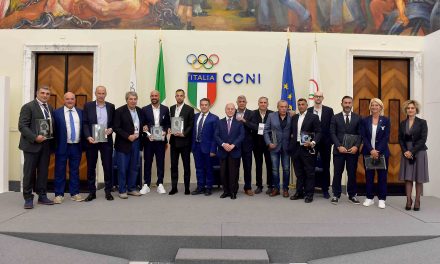 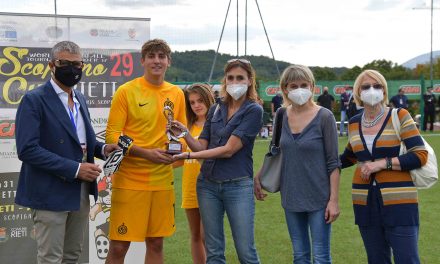